Damian M. Dolin is a founding shareholder of the firm.  Damian is an AV Preeminent rated trial attorney who focuses on personal injury, product liability, premises liability, and general negligence actions. He is a member of the American Board of Trial Advocates, a premier national association of experienced trial attorneys and judges.  Damian’s practice is largely devoted to the representation of individuals who have suffered serious injuries.

Damian is well-versed in all stages of litigation and has obtained outstanding results for his clients in jury trials, bench trials, arbitrations, and mediations throughout California. Damian obtained in excess of $30,000,000 in verdicts and settlements for his injured clients.

The San Diego Business Journal named Damian as “Best of the Bar” and he was selected to the San Diego Super Lawyers lists.  Damian was also awarded a membership in the Multi-Million Dollar Advocates Forum for his jury verdict in Huber v. Sharp Healthcare, et al.

Damian believes in an honest, direct approach to litigation. He is a tough, but fair, litigator who never loses sight of his client’s goals. He is an experienced trial attorney who recognizes that most cases can and should be resolved short of trial. 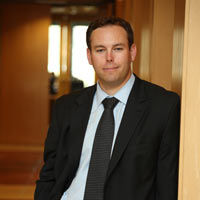